What’s most rewarding to every parent like me is to see their child succeed in achieving their goals and excel in the talents that they have. This is indeed the proudest moment for the parents of Hamzah Marbella who is Promil Pre-School recognized as an Outstanding Child Artist in an event held at the Activity Pods 1 and 2 of Bonifacio Highstreet in Taguig yesterday,October 28,2013.

Hamzah, a global Filipino artist, is the youngest member of the Artists Association of the Philippines, and has been widely recognized by local art dealers as a most prolific child prodigy in visual arts who is now 12 years old.  He is a proud recipient and receiver of more than fifty national and international accolades and awards including Special Citation from the National Commission for Culture, an Outstanding Artist Award and the Arts (NCCA) and a Certificate of Recognition at the UN International Children’s Art Competition. In addition, he has produced approximately 300 artworks, some of which have been featured at the Asian exhibitions and have been appeared at the United Nations headquarters in New York City.

Several art paintings of Hamzah Marbella were displayed in the event area. Motifs of smiling women, cats, and fish in rural settings can be seen in his paintings.

Before the program begins, children who attended enjoyed drawing and coloring using the art coloring materials provided by Promil pre-school. 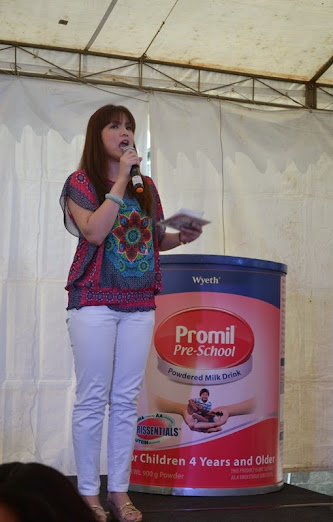 In a speech made by Promil Pre-School Product Manager, Wyeth Nutrition, Rhea Villareal, says “We’re glad that parents continue to take an active role in developing their children’s gifts to excellence. Through Hamzah’s story and his achievements, we hope to inspire and encourage even more Filipino parents to nurture their children’s talents”.

She also added that by recognizing Hamzah, Promil Pre-school can continue to inspire a new generation to develop their talent and potential towards excellence. 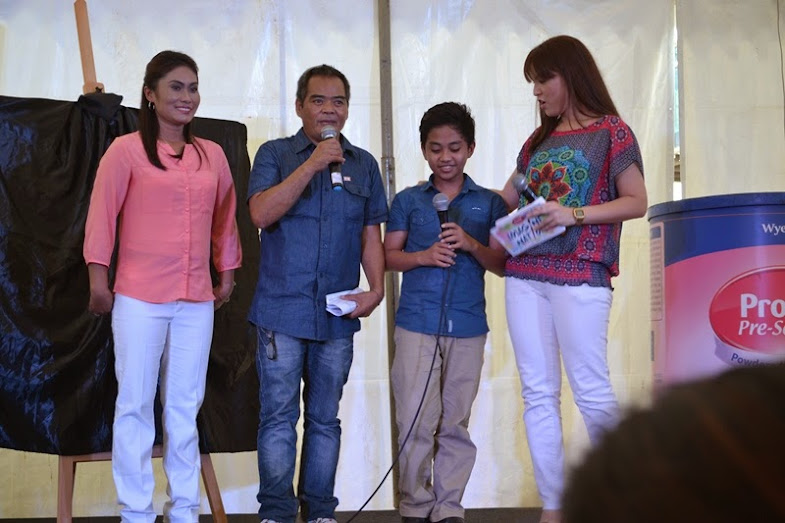 Hamzah Marbella with parents with host

The proud parents of Hamzah Marbella were introduced in the event and gave a small talk about their gifted child. Their proudest moment was when Hamzah received numerous awards and recognition here in the Philippines and internationally. 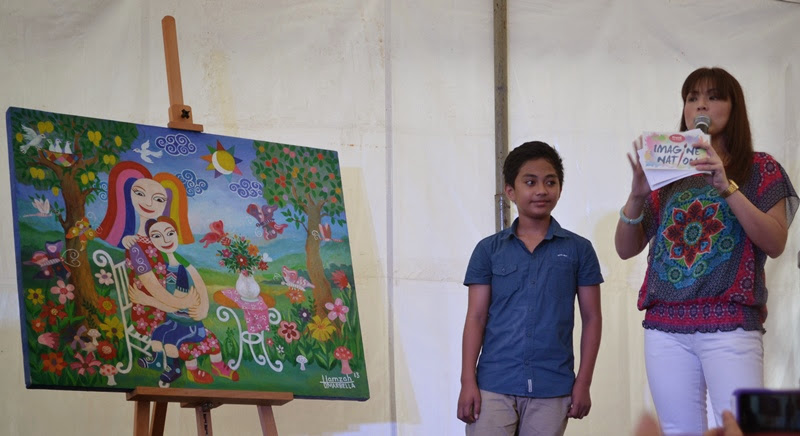 A beautiful and colourful art painting of a mom and child by Hamzah Marbella was presented in the launch.

A Gift from Within

When he was two years old in his crib, he is watching his father while painting who is also an artist himself. Things like bottle caps, stones, clothespins and other things around him are the materials Hamzah would use to create art forms during that time. First, Hamzah drew in circles then later on his art works developed with different features such as elongated necks and flat-dimensions.

And from there, the rest became history.

At the age of 5, his artwork ‘Bounty’ was auctioned off for a whopping HK$60,000 (the 3rd highest at the charity auction of the International Care Ministries (ICM) in Hong Kong – a feat considering that his work was auctioned off together with that of National Artists from all over Asia. 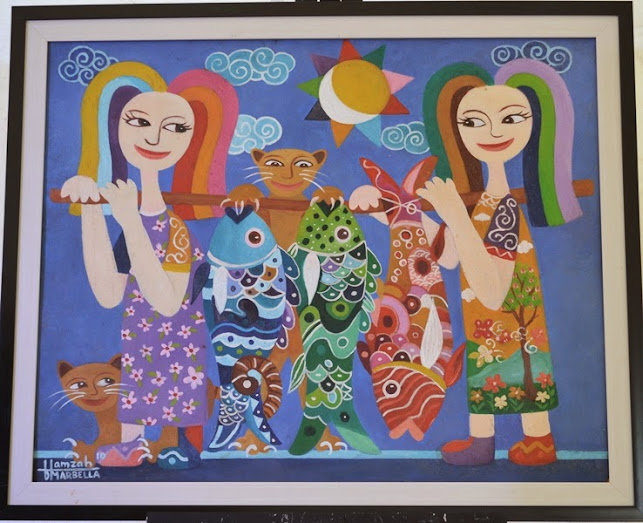 It’s a little known fact that Hamzah actually has a photographic memory and that he translates the everyday things he encounters into striking works of art. His father shares that in their place in Cavite, there are a lot of fishes sold on the streets and some in crates. With these regular views, it became predominantly the pastoral setting in Hamzah’s art. Fisher folk with cats, fish, flowers and Hamzah’s signature image of the sun, prompt art lovers to enter Hamzah’s wonderful visualization of the world. In his own words, Hamzah shares: “sa painting nasasabi ng kamay ko ang hindi nasasabi ng bibig ko (with paintings, my hands are able to say things that my mouth can’t).”

In his paintings, it is noticeable that he is using bold, thick brushstrokes and bright palettes that reflect a cheerful and hopeful demeanor. 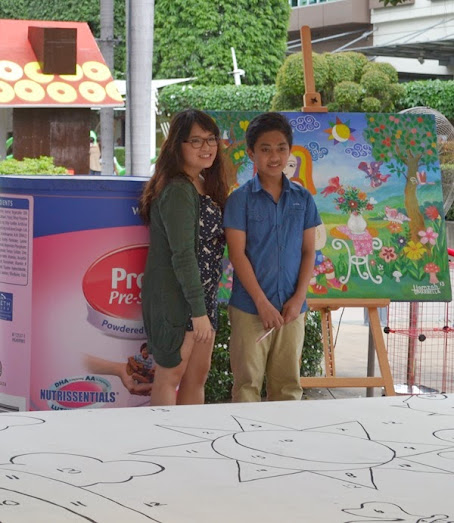 With its long-standing thrust of encouraging Filipino children who have exceptional talent, Promil Pre-School recognized Hamzah as an Outstanding Child Artist in this event. Hamzah will be joining fellow painter CJ de Silva and a select group of exceptionally talented children, all of which are walking testaments not only of Filipino talent, but of the Promil Pre-School heritage in nurturing gifts as well.

I can still recall the series of Promil TV commercials where they featured several gifted children like Shaira Luna and CJ de Silva in the 1990’s and many others which were truly an inspiration to every family.

Mother’s touch is very important because I believe that it is the foundation of a child in developing his talents. As a mom, we should support our child’s talent to help them excel with their full potential. We should appreciate the little things that our kids are doing because big things comes from little beginnings which can encourage our child to be at their best.

During the event, the attendees and I experienced Hamzah’s artistic world first-hand by joining him in painting the biggest children’s collaborative masterpiece. I also spotted there the kids of Promil Pre-School i-Shine Talent camp.

This first co-created, hand-painted masterpiece will be displayed in different venues in the metro. First stop will be at the left entrance of Eastwood Mall Open Park in Quezon City, starting October 31 to November 14, 2013.

For details on the next venues, visit Promil Pre-School’s Facebook fan page.

Promil Pre-School, a powdered milk drink for children 4-7 years old, contains NUTRISSENTIALS –a unique combination of essential nutrients such as Iron, Iodine, Zinc, Vitamin A, Niacin, Potassium, Biotin, plus Lutein that may help your child reach his full potential. Now, it contains DHA and AA.