Blogapalooza is a community wherein a link between big and small businesses who  have something cool to share and the online community of people who love to share meet. This is a Business to Blogger networking event. In the event, small and big businesses had a great chance to present their product / brand / thingamajig to hundreds of influential bloggers and online social media influencers. There are lots of giveaways that bloggers get and learn new interesting products from these companies that they can share to their readers. 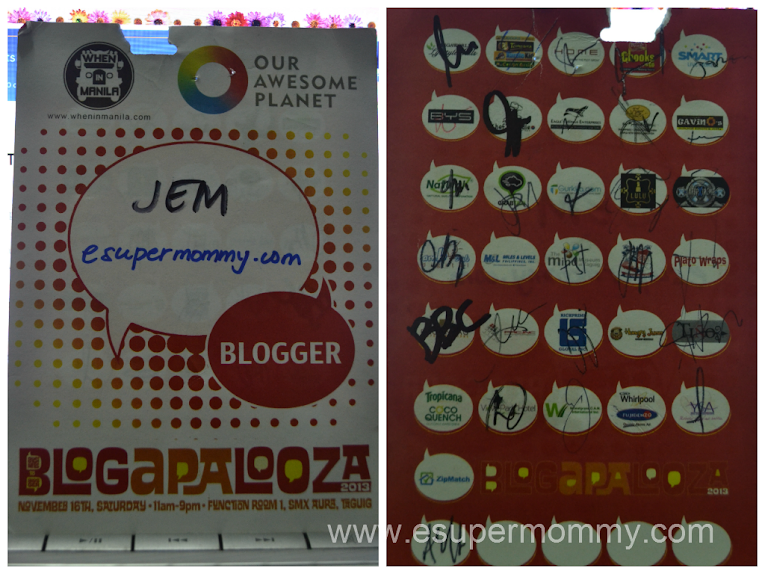 I am so glad that I was able to be part of this Blogapalooza 2013 event. It is better to be late than never so even if this post is already on the deadline for posting, I still care to publish this. I have been so pre-occupied at home without a helper and been doing a lot of extra activities for my family. Also, my digicam was lost where all the photos that I took in Blogapalooza were there and so thankful that I’ve found it a few days ago that my son just kept in the cabinet. When I asked him why did he kept it without telling me, he answered “Mommy, you are so busy at that time so when I saw the digicam I kept it because you told me once that it is important.” I have nothing else to say. I remember last year when I was pregnant after my confinement in the hospital, he also kept my USB mouse in one of the cabinet without telling us. Anyway, I am just sharing my side of story at home of why there are times my posts are delayed.

At the Blogapalooza, I was with my cousin Jam of http://www.jammyjamspread.com/ and upon arrival we begun our booth hopping where we’ve met different companies who participated. 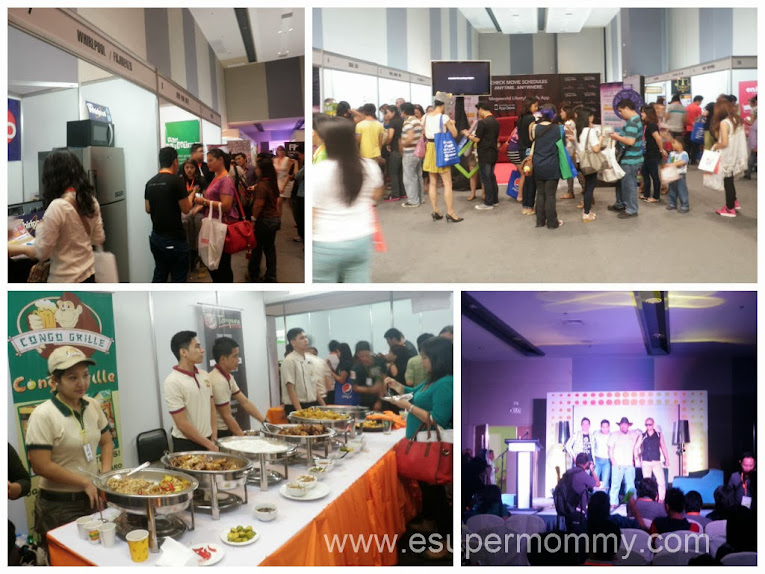 The list of businesses who participated in the Blogapalooza 2013 are as follows:

Lots of great speakers such as the Boys Night Out, ToniTony, SlickRock and SamYG talked about podcasts, FHM hottie Karen Bordador  talked about Vlogging, McCann MRM Director Jason Cruz to talked about Branding for your Blogs, Tim Tayag and the Comedy Carted performed some funny Stand Up Comedy.

From what I recall from the talk of Mr. Jason Cruz, he shared that in branding, a blogger should focus in their passion, build a relationship that they truly like, and promote brands or products that are relevant to their blog and be realistic.