With the increasing number of measles patients particularly in Metro Manila, the department of health declared Measles Outbreak. The measles cases reached 1,724 from January 1 to December 14, 2013 and of the number, 21 patients died. This is according to the latest statistics. This is how important why parents should know the vaccination schedule of their children to keep them safe and protected. 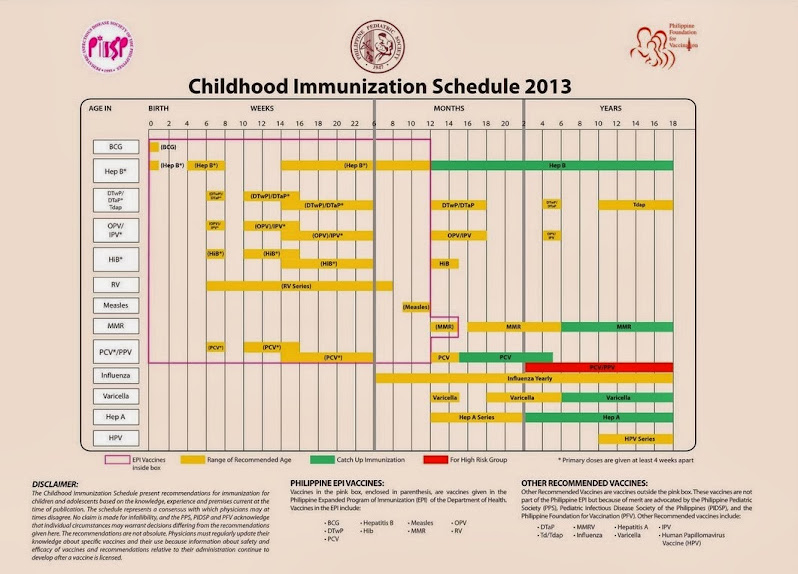 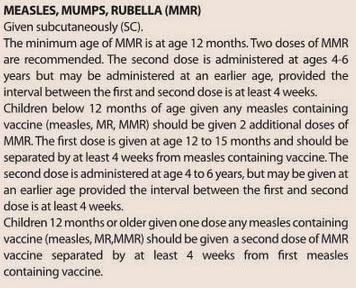 For other Annotations in the Childhood Immunization, I also posted it at childhood immunization schedule 2012.

When can a child be vaccinated with measles?

According to Health Assistant Secretary Dr. Eric Tayag, measles vaccines should be administered twice – first when a child is nine to 11 months old and another when the child is 12-months-old to 18 months-old.

In an interview with him in Inquirer Radio 990AM, he said the Measles Outbreak which started last year (2013) would linger until summer 2014.

Did you know that Measles spread easily because it is airborne. I think if there are no important outdoor activities especially in crowded places, it is best to stay at home.